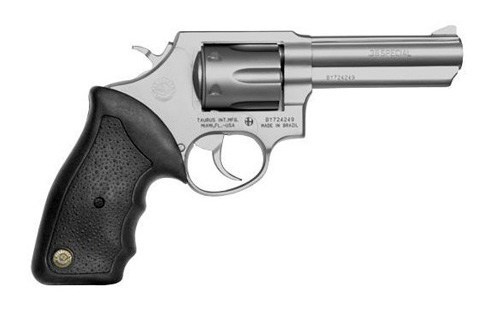 All in all, this is a fun revolver to shoot. There’s nothing special about it, but it works, and it’s available pretty inexpensively. I have no reliability concerns about the revolver, and it’s a decent defense gun. It’s a decent revolver, and I enjoyed my time with it.

I’m a huge Taurus revolver fan. The Taurus 82 was actually the first revolver I ever bought for my wife, with the purpose of teaching her to shoot with it. Once she got more comfortable, we eventually traded the revolver, but I’ve regretted it ever since.

The Taurus 82 was a great revolver to teach her the basics of shooting on. It’s extremely simple. There’s nothing flashy about it. It’s just a basic, reliable, and fun to shoot revolver. There’s nothing special about it, but it certainly gets the job done.

What is the Taurus Model 82 revolver for?

In my opinion, this revolver should be saved for mostly range shooting. It’s medium sized, so it’s definitely not aimed at concealed carrying, and it shoots .38 Special +P, which is a good revolver round for range shooting.

However, there was a time when .38 Special was largely carried by the police, FBI, and other three letter agencies. It’s a decent defense round, but certainly not the best. It was largely replaced by 9mm semiautomatic pistols in those departments, but it did earn its way there to begin with.

The Taurus 82 is a decent nightstand gun or potential ranch gun. There are better options that have more powerful rounds and a larger capacity, but this revolver is decent. The round performs decently well in terms of terminal performance.

Like we already said, this is a very basic revolver. It’s medium sized, with a four inch barrel. It’s 5.48 inches tall, weighs 36.5 ounces, and has a 6 round capacity. It is black in color, which I think is very sleek looking.

As with most revolvers, there are a few pros that you should expect. The revolver is exceptionally durable, reliable, and is pretty accurate. However, Taurus revolvers specifically have some added safety and ergonomics.

The cons of the revolver are that it is a little heavy and the internals aren’t the smoothest. We will talk more about these pros and cons throughout the remainder of the article.

The weight of this revolver is due entirely to the fact that it is made of stainless steel. Heavy weight was one of the primary reasons that revolvers were largely replaced by police departments and federal agencies. As newer semiautomatic pistols were made of more and more polymer, revolvers stayed heavy.

The weight of the revolver shouldn’t exactly be a surprise to you. However, it does come with some added benefits. For one, it helps with the recoil of the revolver. Another positive is that the fact that the revolver is made of stainless steel greatly increases the durability and reliability.

Revolvers are naturally some of the safest revolvers. The primary reasons for this are that the hammer is external and easy to see, and shooters can easily see the cylinder, which allows you to see whether the revolver is loaded or not. These are the primary reasons that I chose to teach my wife to shoot with a revolver.

However, Taurus adds a few extra safety features to an already safe revolver. They added in their Taurus Security System, which is very common in their newer revolvers. This system is essentially a lock and key. When the lock is engaged, the revolver cannot shoot. It’s as simple as that. You can’t cock the revolver or pull the trigger, so it’s impossible for it to shoot. This allows for very safe storage.

Taurus also utilizes a transfer bar in the revolver. While this isn’t uncommon, it basically just adds one more positive block into the revolver that will prevent the firing pin from being struck unless the trigger is fully pulled.

Revolvers are also very naturally reliable revolvers. They have very few internal parts, so there isn’t much that can break or go bad. For this reason, it’s very difficult for revolvers to jam.

Taurus revolvers have historically had issues with timing and reliability, but I believe that these issues are in the past. I have owned plenty of Taurus revolvers, and I’ve never had an issue before.

One of the biggest pros of Taurus revolvers, to include the 82, are that they have a very comfortable grip. The revolver is pretty slim, at only 1.5 inches wide, but the grip is plenty adequate. It’s got a rubber grip that is molded to fit your hand.

My experience with Taurus grips has been overwhelmingly positive. I love the rubber, because I feel like it gives you a much more secure hold. The molded shape has fit my hand very well for the most part, and I honestly feel like it has made me a better shot.

The shootability of this revolver matches this grip. I really enjoy shooting revolvers, so I may be a little biased here, but I think the revolver is very fun to shoot. I really have a good time with revolvers, and the Taurus 82 specifically was fun for us.

The revolver shoots plenty accurately for your normal range shooting. While it’s certainly not a super high quality competition revolver, you’ll be able to hit your targets within a reasonable distance. The fixed sights are very easy to use, and allow you to acquire your targets pretty easily.

The one aspect of the shootability that I didn’t love about this revolver was that the action wasn’t always the smoothest. The cylinder release was pretty stiff, and definitely took some breaking in. The hammer was also pretty stiff.

As to be expected with a revolver, there is a pretty long trigger pull. This shouldn’t really be a surprise, and I was still able to shoot this revolver with some reasonable accuracy with the correct ammunition.

There really aren’t many aftermarket parts or upgrades available for this revolver. At the most, you could add a fiber optic front sight for increased target acquisition, but that really might be all. 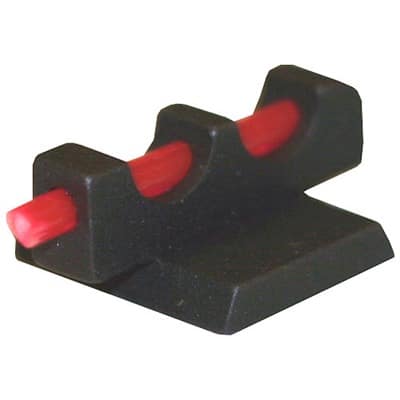 As with any revolver, I will recommend you get a speedloader. 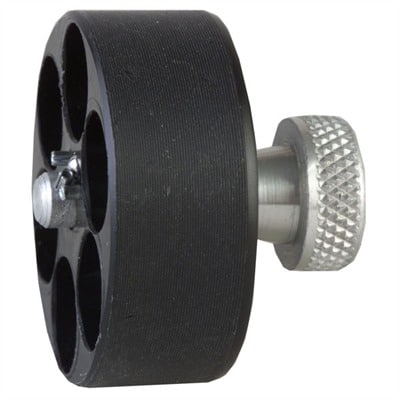 All in all, this is a fun revolver to shoot. There’s nothing special about it, but it works, and it’s available pretty inexpensively. I have no reliability concerns about the revolver, and it’s a decent defense gun. It’s a decent revolver, and I enjoyed my time with it.