Camping and hiking are great, but there is always a risk that you might run into a bear. Bear attacks are rare, but in case you find yourself in front of these furry mammoths, it’s best that you are prepared. We are visiting their homes, after all, so we have to play by their rules. The first thing you need to do is identify the bear. Not all bears are the same, and each one will react differently. Your chances of survival will depend on how fast you can assess him and determine what type of bear he his. Here are two scenarios you might find yourself in with the two most common bears in the US – the brown bear (or grizzly bear) and the black bear. 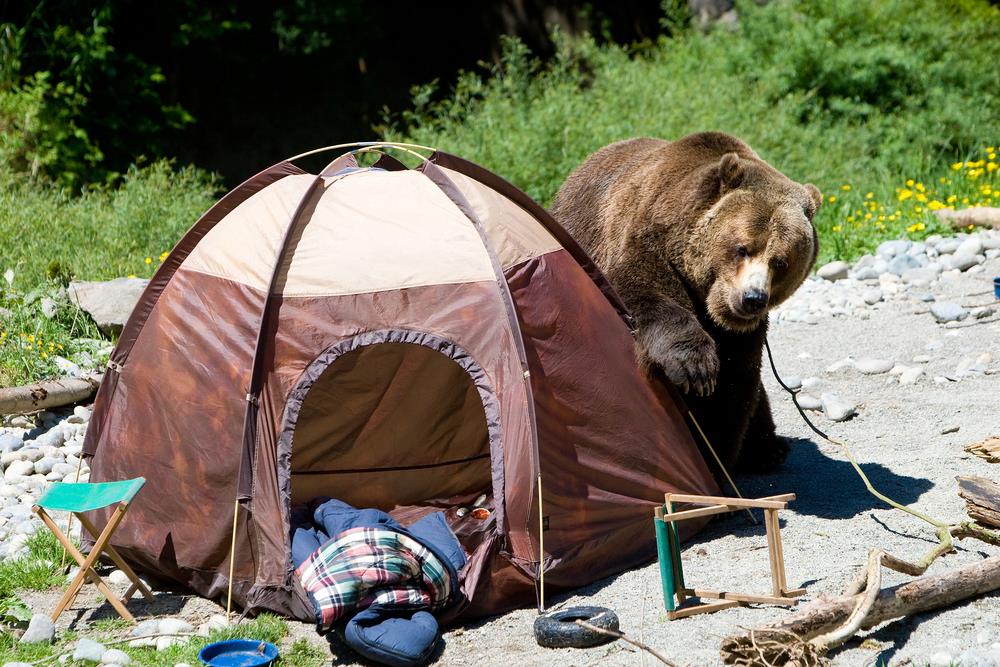 After a hike, you head back to your campsite where you find a very large brown bear (often referred to as a grizzly bear) rummaging through your cooler filled with food. The bear hears you and stands up high to get a better look while letting out a few growls. He begins to move closer towards you… What do you do?

The Answer? When confronted with a brown bear that starts charging towards you, the first thing you should try doing is using bear spray – a necessity you must always have with you. But if you don’t have one or it doesn’t seem to work, drop to the ground into the fetal position, cover the back of your neck with your hands, and play dead. Grizzlies will stop attacking when they no longer see you as a threat, so if you’re dead (or at least in their eyes), you won’t appear threatening. After they’re done pawing and sniffing at you and leave, remain “dead” for a good couple of minutes. Grizzlies have a tendency to wait and see if their victim will get back up. DO NOT turn your back and run away – they’ll think you’re prey and will keep chasing you. No matter how fast you think you are, you’re not. You’re never going to be able to outrun a bear that can reach speeds of 30 miles per hour. The Grizzly Mug Shot 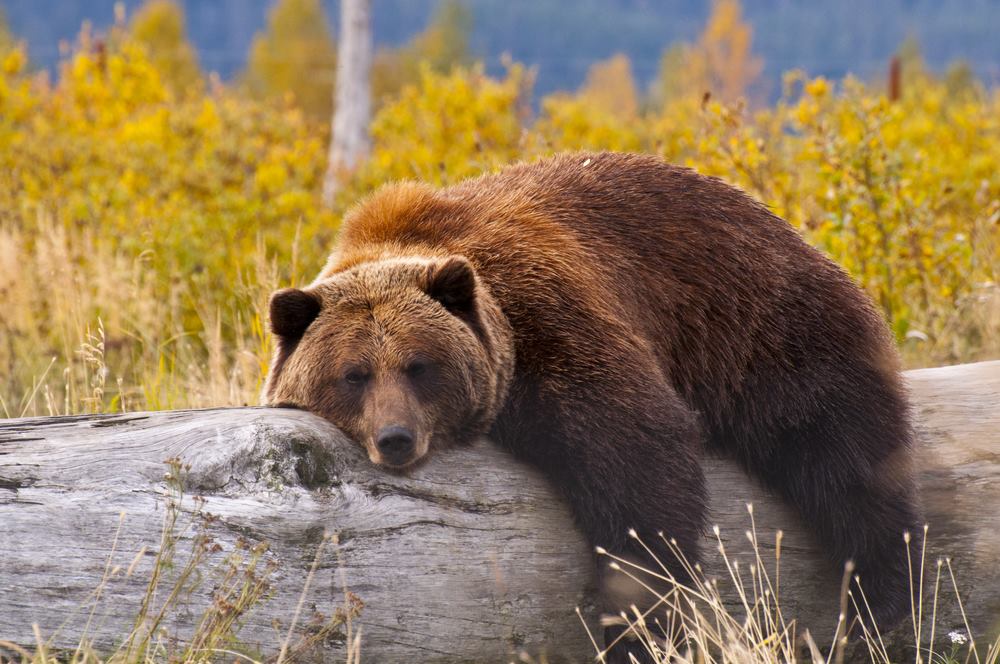 It’s starting to get dark and you’re beginning to prepare your meal for dinner. You have your pots, pans, and a flashlight ready for the cooking. You walk a few steps to the cooler to get your food when you notice a black bear coming your way from deep in the forest. It notices you and starts swatting in your direction and approaching you. What do you do?

The Answer? Again, first and foremost start with bear spray. If that doesn’t work, make a lot of noise because black bears are great bluffers who bluff most of the time when you think that they are attacking. It helps if you make yourself appear bigger as well by standing up straight or separating your legs to make you look wider. If you look like an intimidating enough opponent, they might just say, ah forget it and leave you alone. DO NOT attempt to climb a tree because black bears at great at climbing. They’ll probably be waiting for you at the top of the tree. In the rare cases that they actually do attack you, fight back and use any weapon you can find such as rocks, sticks, your fists, a spatula, pan, or even your teeth. Aim for their face, particularly their eyes and snout, which are the most sensitive parts. If the black bear realizes that you are willing to fight till the end, they’ll usually give up and just go away. This is very different from a grizzly bear who will maul you until you are no more. The Black Bear Mug Shot 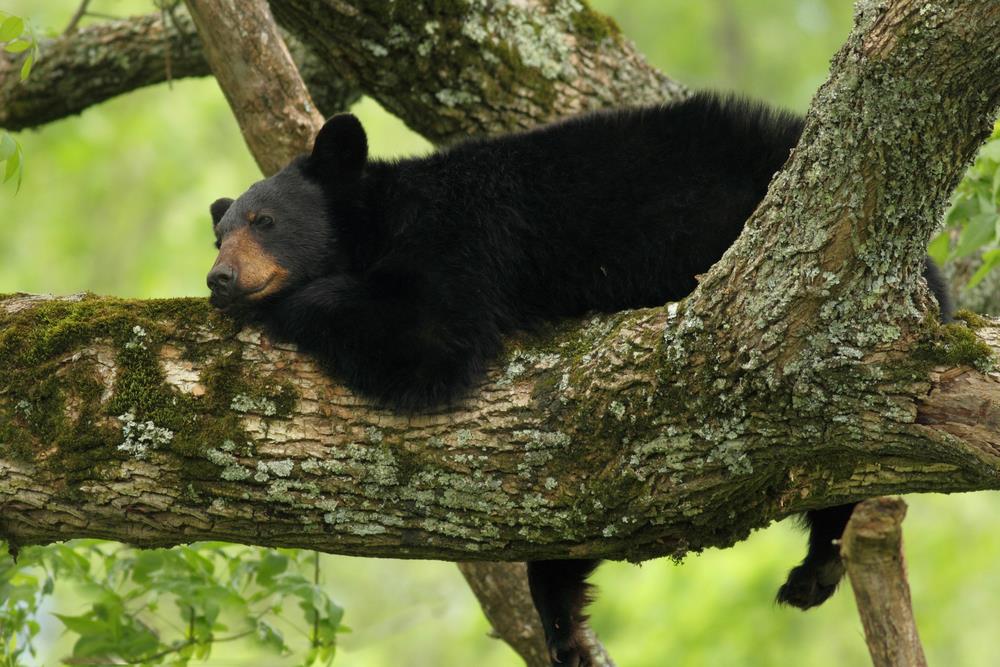 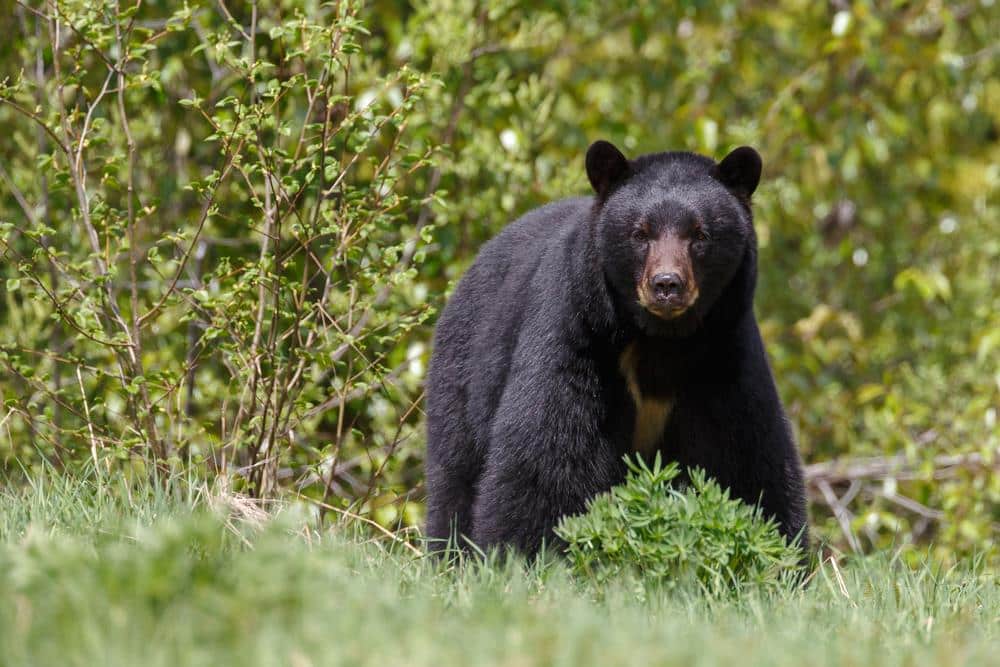 Most of the time bears attack because humans come too close for comfort. After all, we are going into their home kind of unannounced. Other reasons bears attack is because they are hungry – this is especially true for polar bears. Bears might attack when they feel threatened or when they feel like they need to protect something like their cubs, food, or a carcass. They may also attack when they get surprised, confused, or afraid because they feel cornered or invaded.

Even though these two bears react differently, there are some general recommendations that you can apply to help you out if a bear decides to attack.

The chances of being attacked by a bear are 1 in 2.1 million, which means you’re more likely to die doing ordinary everyday things like driving (which is 1 for every 6,700 cars, by the way). But even though the chances are slim, it’s best to always be prepared! Remember these things and you might have a chance in case you encounter a bear while out in the woods. Author Bio 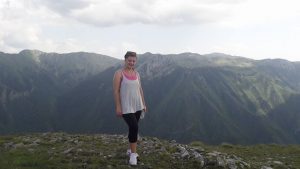 Rita is the founder of Dating With Nature, where she writes about her outdoor experiences – both good and bad, as well as tips and ideas she’s learned along the way and wants to share. Dating With Nature has all kinds of articles and information about everything to do with camping, hiking, and being outdoors. She is also a wife and mother of two boys; balancing her passion for being outdoors and her family, who she considers are her biggest joys in life.