Before getting to the list of the best 380 ammo, let's take a brief look at its formation.

.380 Automatic Colt Pistol (ACP) is an extremely popular round for self-defense, despite how old it is. Wondering what some of the best ammunition choices for this popular caliber are? We will go over some of the highest quality ammunition offerings, reviewing them in terms of ballistics, deadliness, and price.

Before getting into specific ammunitions, we will talk a little bit about .380 ACP as a whole.

As the name probably implies, .380 was designed by Colt. It has been around for well over a century, as it was introduced in 1908. The round is extremely popular for self-defense due to how small it is and how small the weapons that shoot it can be. While there are other small cartridges, few perform as well as .380 ACP.

However, despite these facts, there are some excellent ammunition choices that provide plenty of expansion and penetration on impact. These ammunitions would make for an excellent self-defense choice.

When choosing .380 ammunition, the primary factors that we will consider are:

Without further ado, here’s our list of the best .380 ACP ammunition!

Best 380 Ammo on the Market

Jacketed hollow point (sometimes shortened to JHP) ammunition has a combination of a hollow pit in the tip, a lead core, and a hard metal “jacket.” The hollow tip is meant to cause expansion upon impact. The lead core wrapped in a hard metal “jacket” increases penetration, while also preventing the bullet from separating.

Hydra-Shok was originally designed for the FBI, but is now extremely popular for civilian self-defense ammunition. Overall, it is an accurate round that produces very low recoil. In terms of terminal performance, the copper jacket creates a very reliable and controlled expansion.

The initial muzzle velocity of the 90 grain projectile is 1000 feet per second, and the energy at the muzzle is 200 foot pounds. It retains this velocity decently well to 50 yards and beyond. The projectile expands to well over 10.5mm upon impact, while also creating around 12 to 15 inches in penetration.

In terms of ballistics and terminal performance, this ammunition has some of the absolute best performance available. 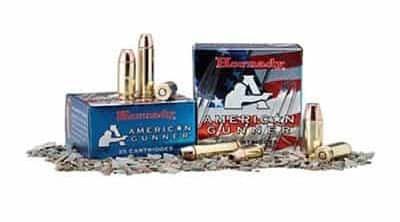 XTP cartridges are extremely precisely made. Similar to the Hydra-Shok, these rounds are also jacketed hollow points. The expansion of this round is controlled by serrations made in the projectile itself. These are placed specifically around the projectile to weaken the jacket in specific points. This allows for controlled expansion.

The expansion is guaranteed thanks to the fact that the nose of the bullet is protected by the metal jacket. This allows for the projectile to fly smoothly, expand as designed, and feed into the chamber each time.

The pros of this ammunition are the expansion and the price.

However, the cons of this ammunition are that it doesn’t penetrate that deep. Most experts say that self-defense ammunition needs to penetrate more than 12 inches, in order to hit vital organs and cause more tissue damage. Starfire projectiles are slightly heavier than the previous two ammunitions mentioned. While this does slow down the ammunition a little bit, it also provides a little bit more stopping power.

The muzzle velocity of this cartridge is 925 feet per second, and the muzzle energy is 180 foot pounds. As you can see, these marks are slightly lower than the previous two ammunition choices. The primary reason for this is the added projectile weight, which will be worth it on impact.

The pros of this ammunition are the price, extra weight, and the accuracy.

The ammunition does shoot very accurately, and the extra weight is good on target.

However, the cons of this ammunition are that it arguably doesn’t reliably expand each time. Some people have had issues with this ammunition expanding, depending on what the target is. Another con is that it doesn’t expand as much as the other cartridges, which limits how much tissue it can damage.

Due to the extra penetration, this ammunition might be best 380 ammo suited for winter time use, when people are wearing more clothing. Winchester’s PDX line is designed specifically as their self-defense line of ammunition. Overall, most of the ammunition in this line performs well, but as you will see, their .380 offering is outperformed by some of its competition.

Despite the heavier projectile, this ammunition still has a muzzle velocity of 1000 feet per second and a muzzle energy of 200 foot pounds. Upon impact, this ammunition expands extremely well. You can expect the projectile to expand to over 14mm, which is by far the most expansion on the list.

However, as a result of this expansion, the bullet isn’t able to penetrate nearly as deep. The average penetration is less than 10 inches. As mentioned, this is much shorter than what most people would consider optimal.

The pros of this ammunition are the expansion and velocity.

Despite the heavier weight, this ammunition manages to keep 1000 feet per second of muzzle velocity. The expansion of this projectile is unmatched.

The cons of this ammunition are limited to mostly the penetration. Most people would say that 9 inches of penetration is not nearly enough for a self-defense round.

However, due to the extremely high expansion, this round has potential to be an extremely deadly round. When the projectile expands to over 14mm, it will certainly damage a lot of tissue. This ammunition would be a decent choice in the summer months. 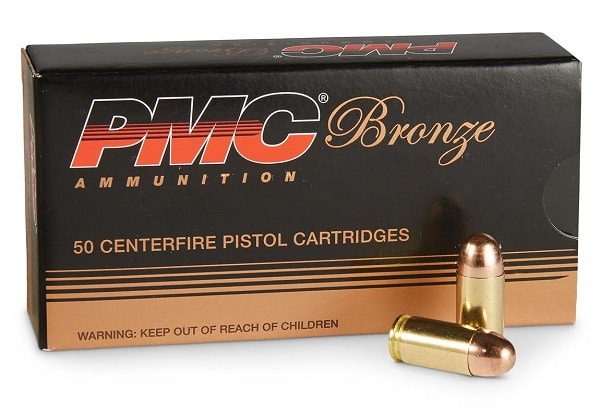 My general way forward with self-defense ammunition is to take it to the range once or twice, to get the weapon zeroed and make sure the ammunition cycles through the weapon smoothly. From there, I usually switch to a much less expensive range ammunition. I shoot pretty frequently, so this saves me a good bit of money.

There are quite a few options to consider when looking for the best .380 ACP ammunition. Since this is primarily a self-defense cartridge, there are a few different things to keep in mind:

Considering those two terminal performance facts and adding in the price and ballistics will help to pick the best 380 ammo for you.

Generally speaking, you cannot go wrong with the Hydra-Shok from Federal Premium. This ammunition performs extremely well in terms of terminal performance. Hornady XTP also does well in this matter.

All of these ammunition choices have their own pros and cons, but all of them are good options for your self-defense. Be sure to check them out and give us your thoughts.

3 thoughts on “What is the Best .380 Ammo for Your Pocket Pistol”