Designed by well known American gun writer Colonel Jeff Cooper, the 10mm Auto cartridge was introduced in 1983 in conjunction with the Bren Ten pistol which featured an enhanced 1911 frame and slide combined with a significantly stronger recoil spring to handle the recoil generated by the new, magnum level, cartridge.

However, the 10mm Auto seemed to be destined for doom despite the fact that its caliber precisely filled the gap between the 9mm Parabellum and the .45 ACP due to the relatively weak loads and lackluster performance of the original 180 grain bullets which failed to expand reliably at .45 ACP muzzle velocities.

In fact, Evan Marshal who is the author of several authoritative books on handgun stopping power said that it may very well be “the best self defense handgun cartridge ever designed”!

However, it should be noted that the 10mm Auto is a magnum level semi-automatic handgun cartridge and thus, it not only requires a frame, slide and, recoil spring, with enhanced strength, it also produces a significant amount of recoil and a very loud report.

Consequently, the 10mm (.40 caliber) bullet delivers more kinetic energy to the target, penetrates it more deeply and expands to a larger diameter than the .358 diameter bullet. Plus, it also functions in a semiautomatic pistol format and thus, many shooters feel that the 10mm Auto is far a better choice than the .357 Magnum when it comes to self defense cartridges.

So, just what are the top five semiautomatic 10mm Auto pistols for self defense on the market today? Well, the answer to that question is one of both quality and reputation as well frame style since some pistols fit some shooters much better than others. Nonetheless, below you will find a list of five of what are commonly considered some of the best 10mm pistols on the market for self defense. 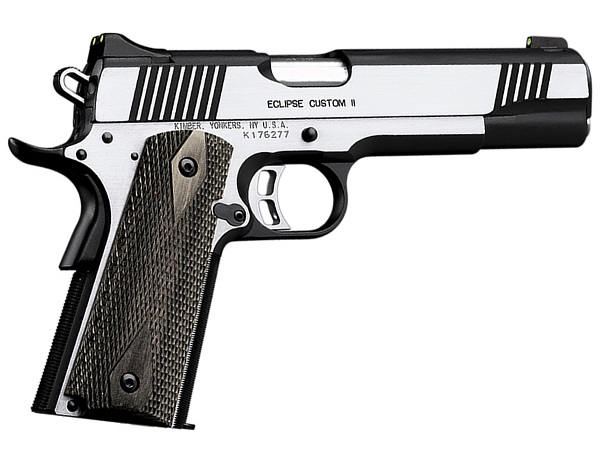 Widely considered by many knowledgeable gun aficionados to be a manufacturer of some of the best self defense pistols on the market, Kimber’s combat pistols have proven themselves to be not only absolutely gorgeous to gaze upon, they are also well known for their high quality builds, their superior accuracy and, their utter reliability.

However, although Kimber is a company that specializes in producing high-end 1911’s for both self defense and IPSC and IDPA competitions, they only produce a single model in 10mm Auto which indeed seems strange given the present revival in the popularity of this magnum handgun cartridge. Back by popular demand but, only in limited quantities, the Dan Wesson Razorback RZ-10 the 10mm equivalent of their flagship Valor .45 ACP line.

Thus, it features a full-sized 1911 frame made from forged stainless steel designed with enhanced strength combined with a standard 8 round magazine. In addition, it also features a match grade, ramped, 5 inch barrel and slide with a Clark-style target rib combined with Novak style combat sights and an undercut trigger guard with a single action trigger for superior accuracy.

Thus, the Dan Wesson Razorback is a fine choice for those shooters who prefer full sized 1911 pistols for self defense. 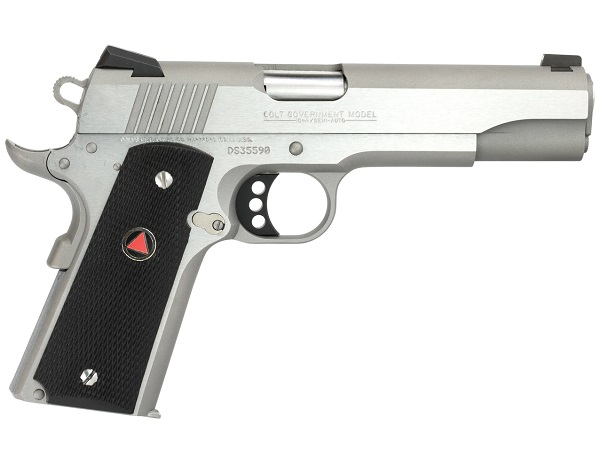 The Colt Delta Elite was introduced sometime after the sad demise of the Bren Ten and thus, it is one of the oldest (if not the oldest) models of 10mm Auto pistol on the market.

Consequently, many knowledgeable shooters credit it with singlehandedly keeping the 10mm Auto cartridge alive. However, while there are many 1911 clones on the market today and several which chamber the 10mm Auto cartridge, the Colt Delta Elite is a genuine Colt original and thus, for those nostalgic fans of the .45 ACP but, who would also like to have a 1911 that chambers a more modern and more powerful semi-automatic pistol cartridge, then the Colt Delta Elite is the answer to your dreams.

Starting with a stainless steel frame and slide with a five inch barrel, the Delta Elite also features an eight round magazine with Novak low-carry, three-dot, combat sights and, a three-hole, single-action trigger. Plus, in order to enhance its self defense capabilities, it also features a beavertail grip safety, an extended slide safety and, a lowered ejection port.

Thus, not only is the Colt Delta Elite 10mm Auto one of the first 10mm pistols ever offered, it is also one of the best! 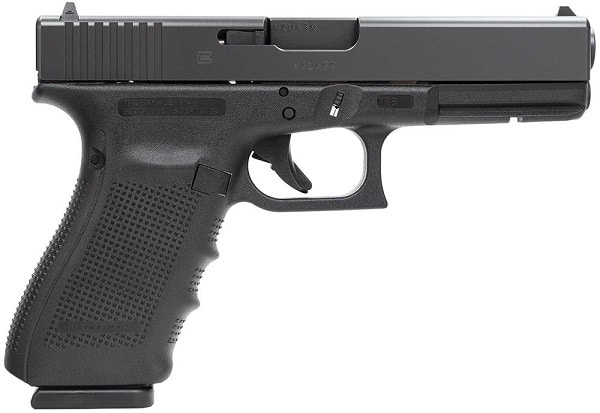 Without a doubt, Glock pistols are some of the most widely recognized and most popular self defense handguns on the market today. In fact, they are so popular that their popularity seems to have exceeded that of the 1911. However, comparing a Glock pistol to a 1911 pistol is like comparing a Ford Model T to the Starship Enterprise!

Thus, although John Browning was certainly a mechanical genius and he certainly blessed us with one of the finest semi-automatic handguns ever designed, Gaston Glock in his time also designed a new semi-automatic pistol that was destined to change the way that handguns were manufactured.

Thus, the Glock Model 20 is a bit like the Colt Delta Elite in that respect since, instead of the standard, rigid, steel frame, it instead features a more flexible and, much lighter, polymer frame with the rest of the components (except for the trigger) being made of steel.

In addition, rather than the hammer-fired, single actions actions of old, Glock pistols also feature a striker firing mechanism which replaces the firing pin and eliminates the hammer.

Thus, the Glock 20 is not only a relatively compact 10mm Auto handgun for self defense with its 4.6 inch barrel, it also has a relatively small grip despite its double stack 15 round magazine and yet, due to its polymer frame, it is significantly lighter than steel framed handguns of similar size. Tangfolio, who is a well known Italian firearms company, is the manufacturer of the Witness line of semi-automatic pistols which are all based on the famous CZ-75 pistol frame and which are imported by European American Armory.

However, unlike other handgun manufactures who generally have only one or two models chambered for the 10mm Auto, Tangfolio actually has 16 different models to choose from ranging from full blown competition race guns to compact, polymer framed, self defense guns!

Thus, if you are one of those shooters who prefers reasonably priced, hard working, magnum performance, self defense handguns over handcrafted pieces of art with their accompanying price tags, then you need look no further than the Witness line!

However, when it comes to self defense, it is hard to beat the EAA Witness Polymer Full Sized 10mm Auto. A clone of the famous Czech CZ-75 frame design, the Witness Polymer 10mm Auto features a 4.5 inch barrel with low profile, drift adjustable, combat sights combined with a 15 round steel magazine and double action/single action trigger mechanism.

Plus, unlike the new crop of striker-fired semi-automatic pistols, the Witness retains an external, Commander-style, hammer and the safety allows it to be carried in either Condition Two which is preferred by most civilian shooters or Condition One which is preferred by more experienced combat shooters and elite military personnel. Plus, with its relatively low MSRP, it is one of the least expensive 10mm Autos on the market!

So, although the 10mm Auto cartridge has suffered in popularity in recent years, that seems to be mostly due to the fact that ammunition manufacturers have failed to provide shooters with medium powered rounds that perform well as lower muzzle velocities; thus forcing them to shoot magnum level ammunition. Fortunately, that trend finally seems to be changing somewhat which is excellent news since, for those shooters who have the physical stature to handle a best 10mm pistol, it may very well prove to be the ultimate self defense cartridge!